Our website uses cookies so that we can provide a better service. Continue to use the site as normal if you're happy with this, or find out how to manage cookies.
X
You are here
> Media
> News Releases
> Thames watermen battle it out for historic rowing title

Thames watermen battle it out for historic rowing title 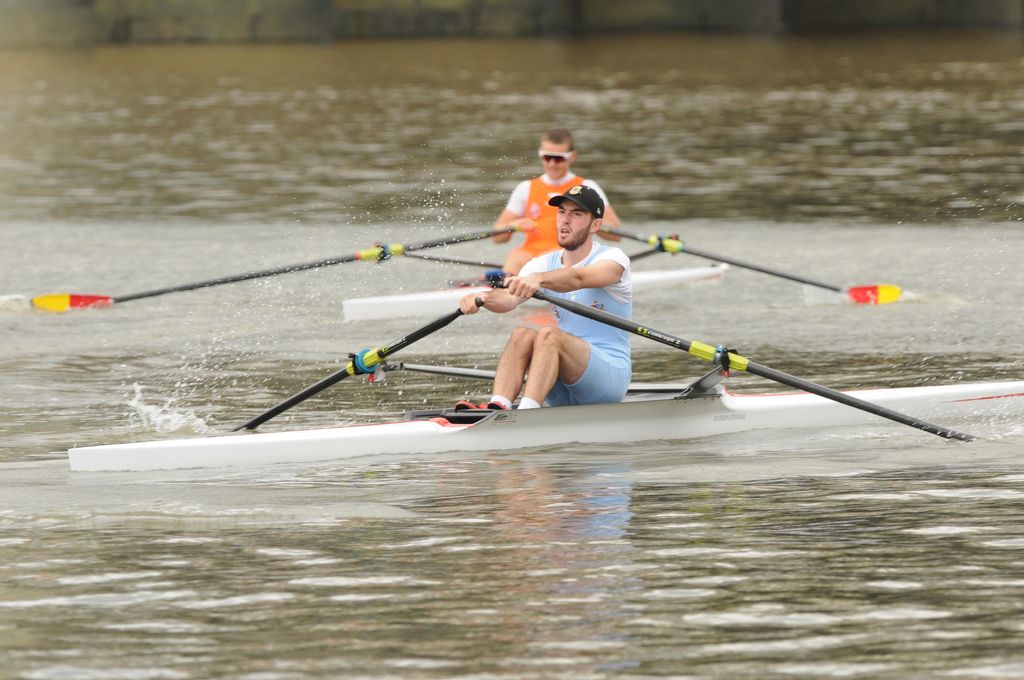 Four newly-qualified River Thames watermen will take to the river in central London at 2pm on Wednesday 4 September for the 2019 Doggett’s Coat and Badge Wager, the oldest rowing race in the world.

The quartet, who all hail from Kent, will contest their rowing prowess and knowledge of the country’s most famous waterway in the annual seven-furlong (7,400 metre) sculling challenge, from London Bridge to Cadogan Pier, Chelsea.

Now part of the month-long Totally Thames festival, the race was founded in 1715 by Thomas Doggett, an actor, in tribute to the skill and bravery of newly-licensed watermen, who rowed him home along the course route late one night in bad weather, when he would have otherwise been left stranded in the Square Mile.

All making their race debut, this year’s line-up will be keeping alive a tradition that is close to the hearts of the working river community. Many of them have close family links with the event, spanning many generations.

The rowers’ families and supporters follow the race in boats, bedecked with their boy’s race colour, allocated in a draw ceremony in July. The boats traditionally form a floating viewing platform for the prize-giving at Cadogan Pier. This year the master of ceremonies there will be the distinguished rowing commentator Robert Treharne Jones, hotfoot from the world championships in Austria.

The competitors bold, contrasting rowing tunics bear the insignia of the two historic livery companies, the Watermen & Lightermen, and the Fishmongers, who jointly run the race:

Patrick’s father Tim, a three times Doggett’s race competitor, will once again set himself the challenge of cycling from London Bridge to the finish line in Chelsea before his son arrives there by boat, a feat he achieved two years ago.

The race record of 22 minutes and 23 seconds, set in 1973, is held by Bobby Prentice, who will once again umpire the race this year.

Joshua Rylah, deputy harbour master, will lead the Port of London Authority’s team over-seeing safety on race day, including the closure of the river to other traffic. He said “The annual Doggett’s Race is one of the great spectacles of the river calendar, with a rich history.

“Showcasing the expertise of skilled Thames watermen, it’s very important for the future of the river too.

“With the transportation of both freight and passengers on the tidal Thames continuing to grow, it’s vital we continue to attract more and more young people to follow careers on its waters.

The race winner will receive his scarlet ceremonial Doggett’s coat and badge at a dinner held in November at Fishmongers’ Hall, attended by previous winners.